‘Bring honor to us all’: Disney released a live action version of its hit 1998 movie ‘Mulan’ 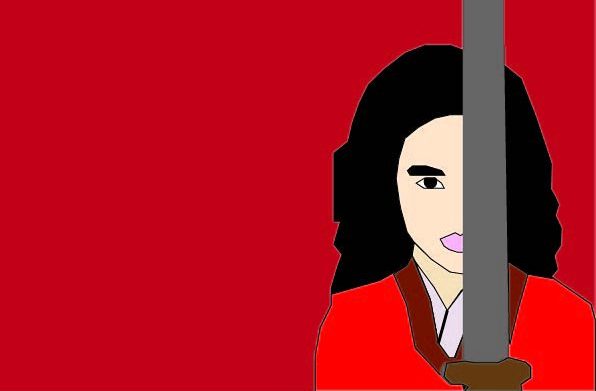 The live action 'Mulan' was a powerful move with cultural and gender appreciation, according to sophomore staff writer Delaney Johnson.

The new live action version of Disney’s “Mulan” took America by storm on Sept. 4. It was released for streaming on Disney+, but it came with a hefty price tag, $30. The media was instantly conflicted with the new movie, and everyone around me was dishing the film.

I have always been a huge fan of Disney movies, and my love for Disney led me to try their newest film. I started watching the movie with high expectations, which quickly changed once I realized that it was much different than the beloved animated version.

When I was little, I loved watching the animated version of “Mulan”. It was one of my favorite Disney movies, and it was always one of my first choices when I would pick a CD on the weekends. I especially loved Mushu and the upbeat music. I was disappointed at first when I realized that the live action had cut those parts of the movie.

The movie was not what I expected, but it was nothing short of amazing. The movie brought an abundance of cultural representation by removing some of the animated features that took away from the more powerful theme of Mulan’s importance to the army and China’s victory. This added a deeper meaning to the film; however, I missed the fun animated characters.

In the film, Mulan disobeys her family and sneaks away to the battle training camp because she is fearful that her father will die in the war. This goes against the Chinese customs and is dishonorable during the time period of the film.

The way that the live action movie came across this issue was much different than the animated version. The way her peers react to her gender reflects the historical accuracy and the way that Disney wants to portray each movie.

The empowering gender roles present in both movies play a significant role to the plot and to the viewers watching the movie. This is why I was really excited to see that the live action version incorporated more accurate ancient Chinese culture and how gender played a role during the time period.

The live action “Mulan” shocked me by its cultural appreciation and empowering themes. I loved this movie, and I would recommend it to anyone that enjoys Disney movies and a younger audience. The action is present, but there is no gore so it is great for families. I would definitely watch this movie again.