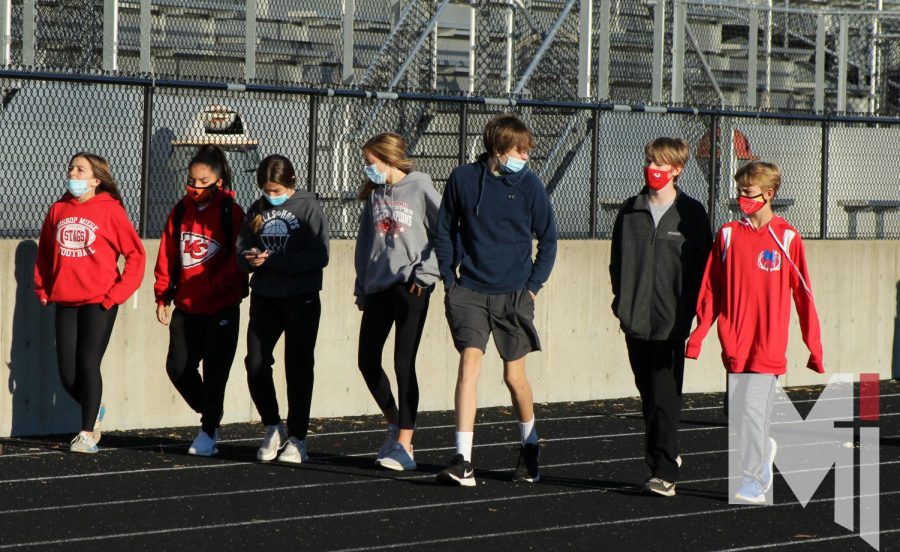 Prizes, music, and treats during the Stag Strut fundraiser — although this year has been different, Stag Strut still managed to take place and exceed its $70,000 super goal.

Stag Strut was developed in 1989 by Dr. Joe Passantino in the Development Office.

“(The Development Department) starts the planning process in August, so 3 months is an average,” development assistant Becky Skaggs said. “It is a fairly easy fundraiser.”

Skaggs said she enjoys every part of the Stag Strut fundraiser, which she has been in charge of the fundraiser for three years.

“My least favorite part is coming up with prize incentives that I think high school students will like,” Skaggs said. “I would like to figure out a way for every student to want to participate in this fundraiser.”

“I think they are a great way to motivate people to get involve in Stag Strut. Some of the prizes may be a bit overwhelming, but I think the Chiefs tickets are a great raffle prize and make up for it,” Junior Abraham Caro-Martinez said.

This year’s Stag Strut will be different than in the past years because everyone will have to wear face masks and practice social distancing, as well as walk a longer route.

“I think that it is a good thing that we are going to wear masks and social distance because some of the students at Miege could be at high-risk or even their parents,” senior Yasmin Armendariz said.

The day will be the first chance for the school to be together since returning from hybrid in late September.

“The thing I enjoy the most is seeing all the students gathered together as a community on the day of the Strut having fun and enjoying the day,” Skaggs said.