‘Among Us’ makes for an addicting game 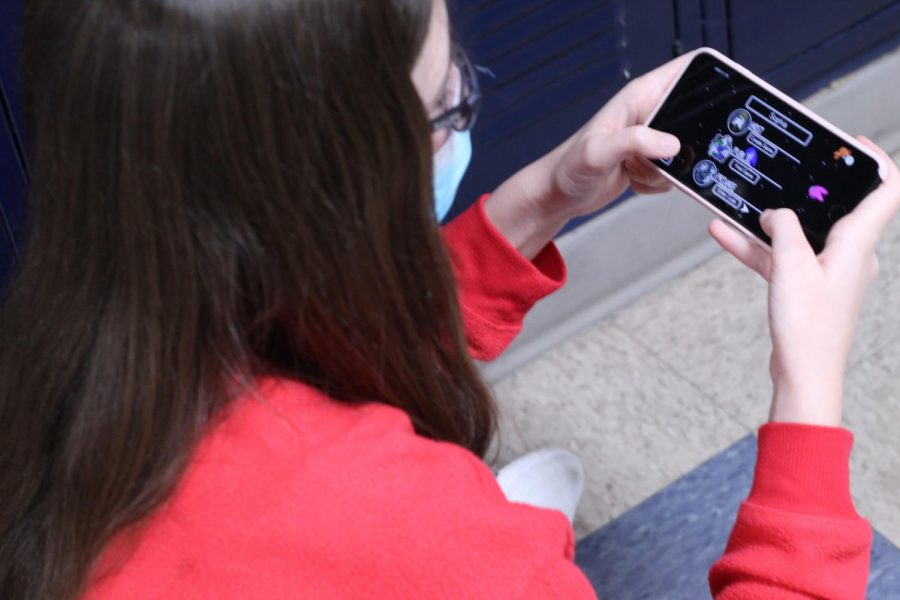 Freshman Sophia Gassett sets up an game "'Among Us" during Spanish class with Spanish teacher Jennifer Dessert.

I was scrolling through TikTok one day in early November, and I kept seeing people post videos about this game called “Among Us,” so I decided to go to the app store and download it because that is what everyone was talking about.

The game is essentially set up as a murder mystery game in which players are trying to find out who the imposter is. There are two roles in this game, crewmate and imposter. You are able to choose a specific color and add different kinds of hats to your astronaut. The objective is to complete tasks around the map. The tasks range from fixing wires all the way to taking out the trash. The tasks seem extremely easy, but there is always a catch. There’s an imposter among us.

The job of the imposter is to kill off the crewmates and try to blend in. The imposter must be sneaky with the murderers to avoid being caught. When a body has been discovered, a player can report the body and then a meeting is called. The players must decide who is most suspicious and then vote them off. This continues until the crewmates vote off the imposter/imposters or the imposter kills everyone.

The main map of 3, The Skeld, is where players will find others on a spacecraft rushing to finish tasks before someone is left for dead. The imposter can sabotage the ship with a press of a button, forcing the players to rush to fix the damage that they have caused before it’s too late. The imposter can wiggle his or her way through vents, sneaking up behind the players. Once a player has died or been voted off, he or she becomes a ghost who floats around the map completing tasks and spectating the remaining players. A ghost is able to see the chats but can only communicate with other ghosts.

The game is very addicting. The suspense factor left me wanting more. Everyone has their suspicions on who the imposter really is, soon realizing that everyone is an enemy and even friends can’t be trusted. The constant thought that the imposter might be waiting on the perfect time to strike me dead kept me on edge. I would have to rate this game 5 out of 5 stars for the suspense factor.

The great thing about “Among Us” is that every round is different. Each round has a new outcome and twist.

The likeliness returning and playing another round of this “who done it game” is a definite yes. I just love everything about the game and find myself playing it too often.

Overall, this game is definitely one of the best games out there for all ages to enjoy. There is nothing negative I could even say about this game.

I would highly recommend others to come along and try out the game for themselves — but watch out, there’s an imposter among us and you can’t trust anyone but yourself.