Teachers Outside the Classroom 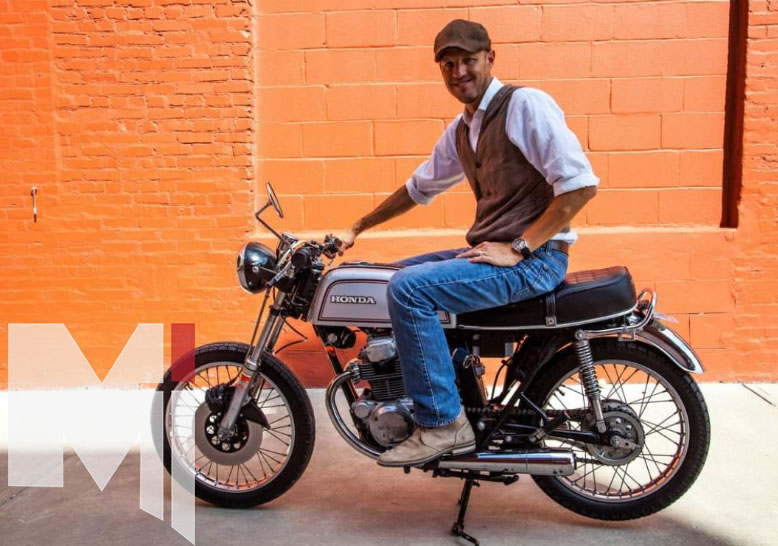 Outside of her classroom, math teacher Taryn Frank expresses her creativity through screen-printing.
“[I] design a stencil off of a computer app,” Frank said. “And then I have a cricket that cuts it out. And then I push ink through a screen … on a shirt or sweatshirt or whatever. Then you have to heat set it afterwards.”
Frank makes designs for friends, weddings, or just for fun. She began her hobby during quarantine, and she said she enjoys being able to print anything she wants on clothing and not having to buy them from someplace else.

Physics is not the only place science teacher Scott Anderson encounters slopes. After learning at 15, Anderson has enjoyed downhill skiing, especially with his family. He skied throughout college, and then was able to teach his kids how to.
“The thing I enjoy the most is just the being outdoors and the being able to hang out with my family,” Anderson said. “Believe it or not, riding chairlifts is fun because you are forced to sit there beside each other … and you have time to have conversations as you’re not going to have most of the time.”

Spanish teacher Jennifer Dessert is known for playing the ukulele and taking her students around to other classes with it to sing. Her passion for performing stems from majoring and getting a master’s in theater.
She has been involved in several bands, including a bluegrass band in Spain and a vintage jazz band. Her favorite music she’s played is Joni Mitchell.
“When you play music with other people, you get to know them really well,” Dessert said. “It’s just a really beautiful shared experience. You always kind of finish a song laughing because you’ve had so much fun.”

Not only does French teacher Leigh-Ann Haggerty devote her time to teaching in her classroom, but she also owns and runs her own business, “Language and Music House,” a small school in Westport for people of all ages. Haggerty has 15 employees that teach piano, trombone, trumpet, Korean, Italian, French and much more.
“It’s something that gives back to the community, but it’s still very much things that I love,” Haggerty said. ”Music and language really go together really well. Music is just a different language.”

Since he was about 7, art teacher Michael Long has had an affinity for motorcycles. A few years ago, he was given an old motorcycle that he took completely apart and then rebuilt. He had to sell it, but now owns an electric mountain bike. Long has traveled all the way to Mexico by motorcycle. He and his son, who also owns a bike, have ridden more than 3,500 miles in the past year and a half. Long said it’s nice to ride whenever he gets the chance to.
“It’s unique because you get to smell the area that you’re going through and see things you can’t see inside a car,” Long said. “It’s just a sense of freedom and really therapeutical.”

Choir director Robin Christie takes on a do-it-herself mindset as she does home-improvement projects around her house. She has improved room after room, doing work such as flooring, shelving and brickwork. Her projects include an entire bathroom and a Murphy bed, a bed that folds up and into the wall. She started doing home-improvement projects so she could fix things around the house without hiring someone.
Christie only planned to do the bathroom, but had to update other rooms to go with it.
“When I succeeded in that I thought, I can do more than this,” Christie said. “And it’s just one project after another.”