Seniors and teachers reflect on their time together 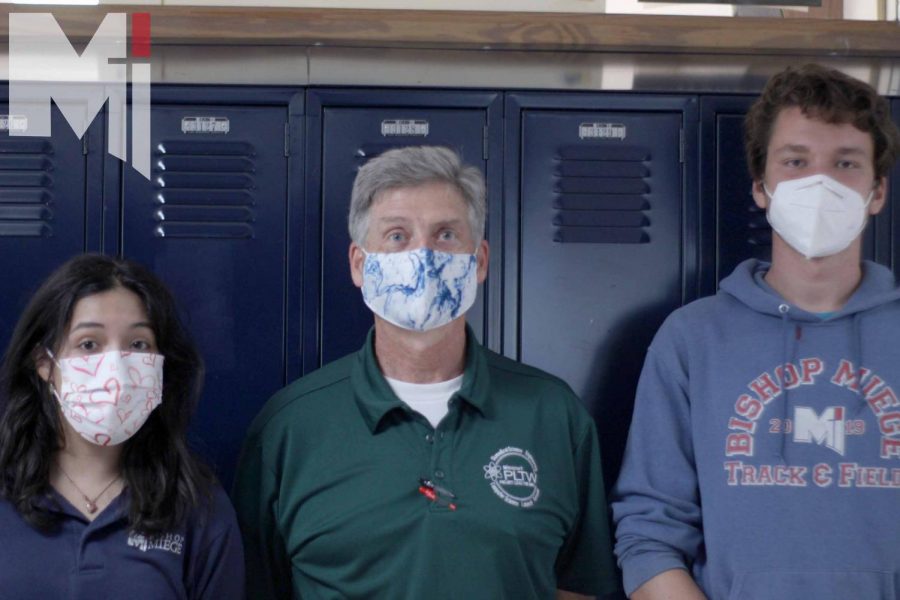 “I’ve spent a lot of early mornings and late nights with Mrs. Reynolds because of debate and forensics, and even though I get on her nerves sometimes, she always wants to see me succeed and will do whatever she can to help. Mrs. Reynolds has high standards and can be brutally honest, but that’s why she gives the best advice and guidance. Once, she told me I need to channel my passion into accomplishing things that matter more than just winning an argument. That’s something I took to heart and will never forget.” — Julianna Rice

“I think some of my favorite things about this class is how creative they are, how willing they are to take chances, and to risk doing something that maybe they’re not comfortable with and trying it, and maybe decide it’s not for them, but in the long run, having just that strength to go ahead and try it anyway.” — Mrs. Reynolds

“He taught us that respect is all about doing your best to see other people’s point of view. Before his class, I just saw people as being right or wrong. He influenced me to see other’s perspectives and try to treat all people with respect even when I disagree with them.” — Julianna Schroder

“He made learning about faith relatable to the teenage experience, and I understood a lot more how it works in my life, not just in the grand scheme of things.” — Sarah Hayes

“This senior class just has so many really good humans in it. They are good people, caring people, giving people. They brought a lot of energy and spirit, a lot of smiles and joy to our school. They showed spirit for Miege, for their class of 2021 and for their herds. Go out into the world and be who you are meant to be. Let your unique light shine. Always try to be a good human. Try to give more than you receive. And don’t ever forget that you have a Father who loves you no matter what!” — Mr. Dessert

“She has gotten me even more intrigued into going into pre-med and all her classes are fun and enjoyable to be in.” — Nathan Smith

“She’s always inspired me to do my best on everything I tried to do, and she’s just such a positive person.” — Catherine Boling

“It’s difficult to sum up this senior class with one quote. [This] class genuinely touches my heart and makes me smile on a daily basis. I am going to miss all of you, but especially Lillian Reed! My advice to you is be kind to others. Stop and think about your words and actions before you put them into action. You have such potential to touch many lives, so make the most of those moments. I love you all so very much!” — Ms. Reed

“Mr. Anderson has taught me that it doesn’t mean I’m stupid if I don’t understand something. He has taught the value of asking questions, and trying a problem. He has been a role model, and has given me hope that even if I don’t get a problem on the first try, it does not mean I am not smart.” — Isabella Guadamuz

“It would have been really easy for a lot of the seniors to just throw their hands in the air and say ‘Okay, forget it, we’re done’, but I think especially the ones that stepped up and took leadership roles did just a fantastic job of trying to remain positive and keep moving. The biggest piece of advice would be to enjoy where you’re at right now. . . because if we’ve learned nothing else in this last year, it is that the time that we have together is really precious.” — Mr. Anderson