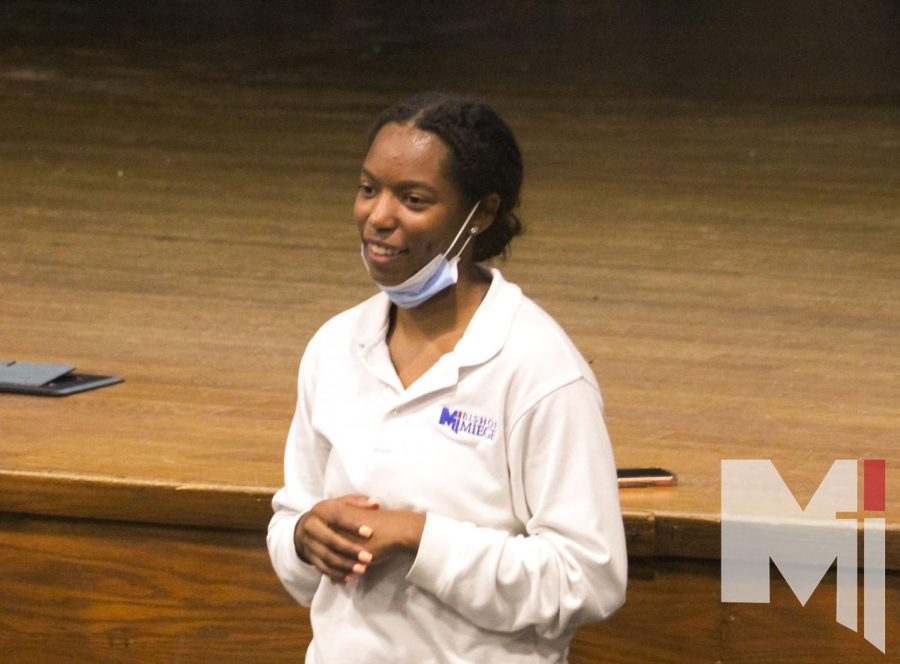 Clubs are starting back up this year including returning and old ones. Clubs are finding new ways to help make a difference in students’ lives. One new club that is making this happen is the Cultural Diversity Club.

After multiple years the club is being brought back by senior Emajin McCallop with help from math teacher Taryn Frank and Campus Ministry director Bill Creach to help spread awareness for the many different cultures present at Miege. According to McCallop, she felt that the school needed a club for students to have an opportunity to learn about other cultures.

“Just talking to my classmates and peers, a lot of them have faced things that maybe they didn’t feel the most comfortable with, so they didn’t really have a safe space to share it with,” McCallop said. “I decided to make a club and be very inclusive and to raise awareness about other cultures.”

Before announcing the return of the Cultural Diversity Club, she questioned how people would react and how many would join. After McCallop announced that she was bringing back the club, she said she was astonished as to how many people wanted to join and thanked her for stepping up.

Senior member Nina Kalmus said she is glad Miege is making a difference by including a diversity club.

“I think it’s a great opportunity and something that Miege has needed for a while and it’s finally here” says Kalmus.

As the club emerges, junior member Lonnie Reed said he hopes to make many friendships through the club. Members of this club want students to come together to make Miege more of a home and inclusive environment for everyone no matter race, gender or ethnicity.

“I want to know more about all the different cultures in this school and talk to different people,” Reed said. “Even though I’m a junior, I can still meet new people because there [are] still people I haven’t gotten to know.”

One of the activities that the club will be doing to help others learn about cultures is having members give presentations about their culture. In September during National Hispanic Month, McCallop plans to get a food truck to learn more about the Hispanic culture. The club also plans to have open discussions to help people understand others and voice their thoughts. Two additional activities many members are excited about are movie night and culture night, which involves students presenting about their cultures. These activities hope to bring new opportunities for students and teachers to learn about other cultures.

“It will give minority students who are coming into the school and who are already at the school [the opportunity to be] more comfortable and make more friends or just give people better awareness so they don’t have to explain themselves as much,” McCallop said.“I also think it’ll help Miege [by having] teachers and staff learn more [about different cultures] because they don’t really talk about a bunch of this stuff their classes or during the heritage months so I think it’ll help them have a better understanding.”