Going for green: sophomore brings new skills to the game 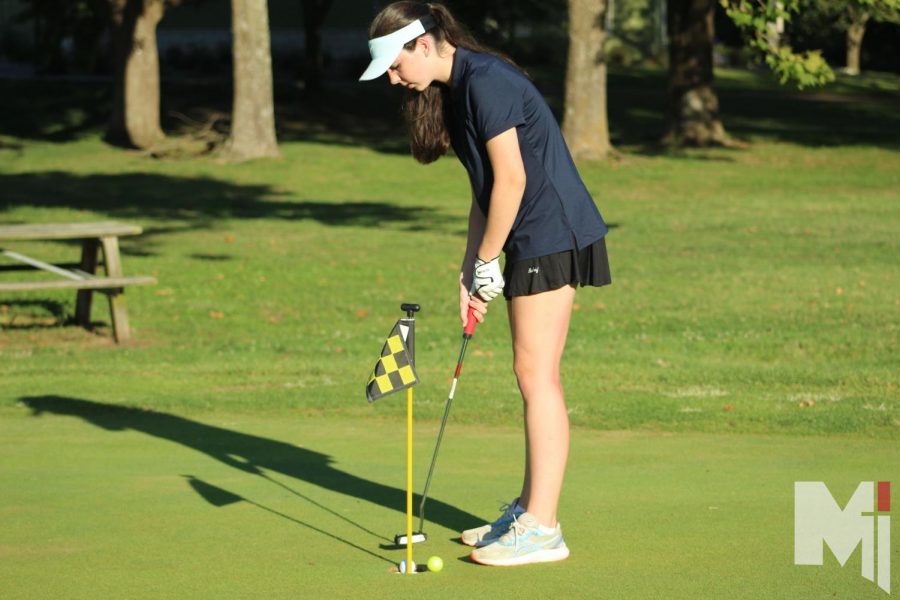 Driving a golf ball off the tee, chipping to the green, putting in the hole — all of these were new skills for sophomore Evelyn McBride to master before she started high school.
With persuasion from her father, McBride learned and practiced golf the summer before she started her ninth grade year, and a new chapter in her life opened.
“I had never played golf before, so it was a whole new experience in high school,” McBride said.
The golf team is made up of five girls this year, growing from the four who played last year. According to McBride, this is a beneficial aspect of the team.
“Because it is so small, I am able to get to know everyone and it’s pretty easy to have relationships,” McBride said.
A typical tournament is an 18-hole course where players are placed into different groups based on their level. For McBride’s sophomore season, she said she is working hard to achieve her end target.
“My goal for this golf season is to get around 100 strokes,” McBride said.
McBride encourages anyone who is interested in playing golf to join the team.
“Even if you don’t know how to play golf, you can still learn,” McBride said. “You’ll have a good time.”