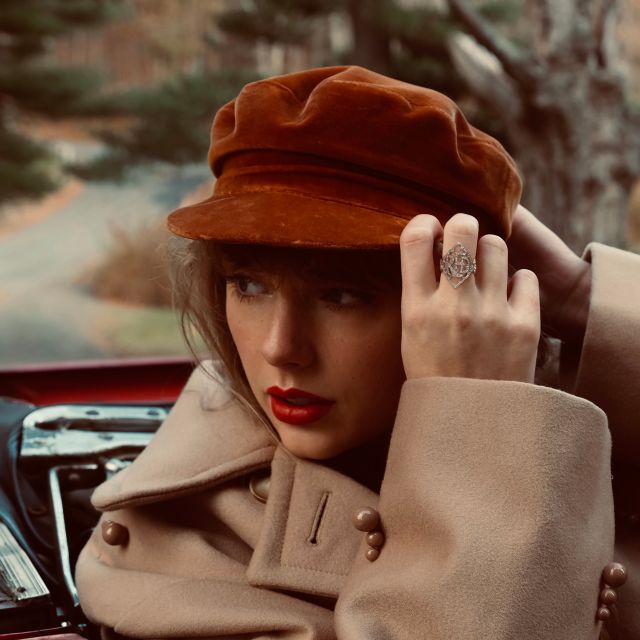 Why would an artist re-release an album that came out 9 years ago? For music artist Taylor Swift, it is to own the music she has written and reclaim what is rightfully hers.

Her album “Red” was originally released in 2012, but she was not in ownership of it and it was being used without her permission and compensation. “Red (Taylor’s Version)” was released on Nov. 12 and features not only updated versions of the original 16 songs on the album, but 10 songs “From the Vault” that Swift wrote along with the original 16, but didn’t release until now. In addition, Swift released the 10-minute version of the song “All Too Well,” which she had cut down for the original album.

Listening to the re-released album so many years later was very nostalgic, since it first came out when I was nine. Hearing Swift’s old songs sung by her now exemplifies her growth as a musician. It is obvious when comparing the new and old that her voice has matured and style has changed since the album first came out.

Swift’s lyrical genius is an aspect of her music that has always stuck out to me, so I was incredibly excited to gain more songs filled with her poetic and all-to relatable lyrics. It is also exciting to see her feature other music artists on a few of the new songs. The song “Nothing New” features Phoebe Bridgers and “Run” features Swift’s ex-boyfriend Ed Sheeran.

Speaking of exes, several of the songs on “Red” point fingers towards Jake Gyllenhaal, an actor who Swift briefly dated. Songs such as “All Too Well” allow a more detailed look into the relationship and why and how it ended. Not only did Swift release the 10-minute version of the song, but also a short film starring actors Dylan O’Brien and Sadie Sink that provides visuals of the emotions and damage Swift felt from the relationship. Swift’s release of these details demonstrates how far she’s come and connects her even more with her audience.

Her ability to channel her emotions through her music is a trait that fuels her success in the music industry and keeps her music on every one of my playlists. Recognizing her success also means recognizing that she should be the one in ownership of what she has created. Swift’s re-releases and extra surprises keep me and her fans looking forward to what she’ll do next. Until then, I’m content with singing along at the top of my lungs to the nostalgic ballads and iconic breakup anthems of “Red.”