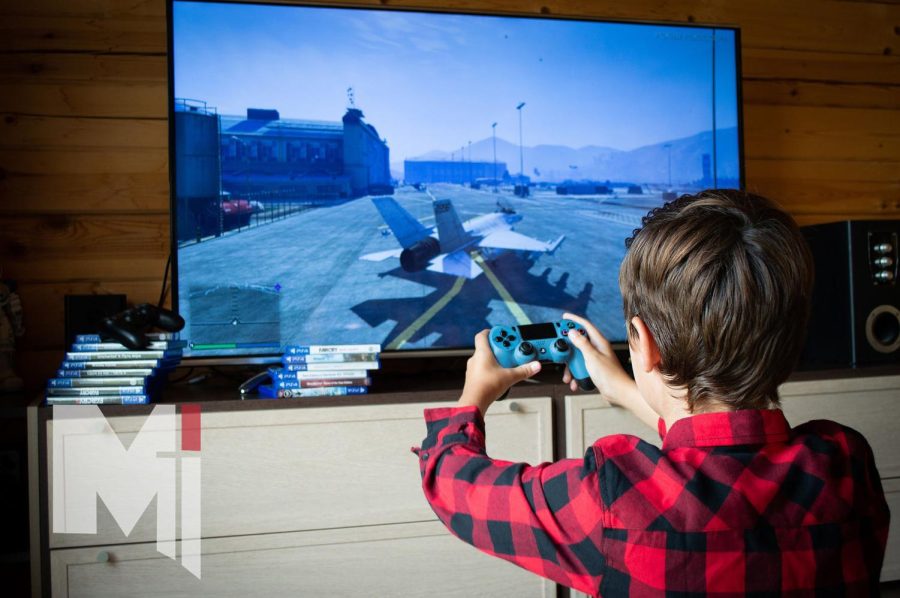 The loud bangs of automatic gunfire boom out of the television speakers as the pixels on the screen paint a rather explicit image of cartoon violence. I hear my mother yelling at me from the other room to turn off the game, claiming it is rotting my brain and giving me ideas of real-life violence. As I powered the tv off I wondered to myself, “Do video games actually cause violence in the real world?”

My honest answer to this is, no. Video games are not the root of violent tendencies in children and teenagers. Being a regular player of these violent video games myself, I can say that I have never had an urge to cause pain or hurt to another human. Video games can cause frustration and aggression during the time of play. However, these negative thoughts and feelings are quickly lost once the time of play is over and I return to the normal “real life” world. Professional studies support this theory as many scientists claim that video games cause no violence, but aggression instead.

Video games are not vessels of violence, but on the contrary. From my experiences, the virtual world has only brought me peace and joy. Even including violent games, the virtual world is somewhere I can go to relax or even calm down. It is a safe haven for me and many others. It is a place where I can fill the boring time that plagues me every once in a while.

If anything, video games fight off violence. The virtual world has built and strengthened the relationships between my friends and me, especially during the pandemic that we have been experiencing. Violent video games facilitate bonds between friends and create memories that you can laugh about in the future. However, everything must be taken in moderation. Too much playtime will lead to deterioration in health both physically and mentally.