Miege and the movie theaters 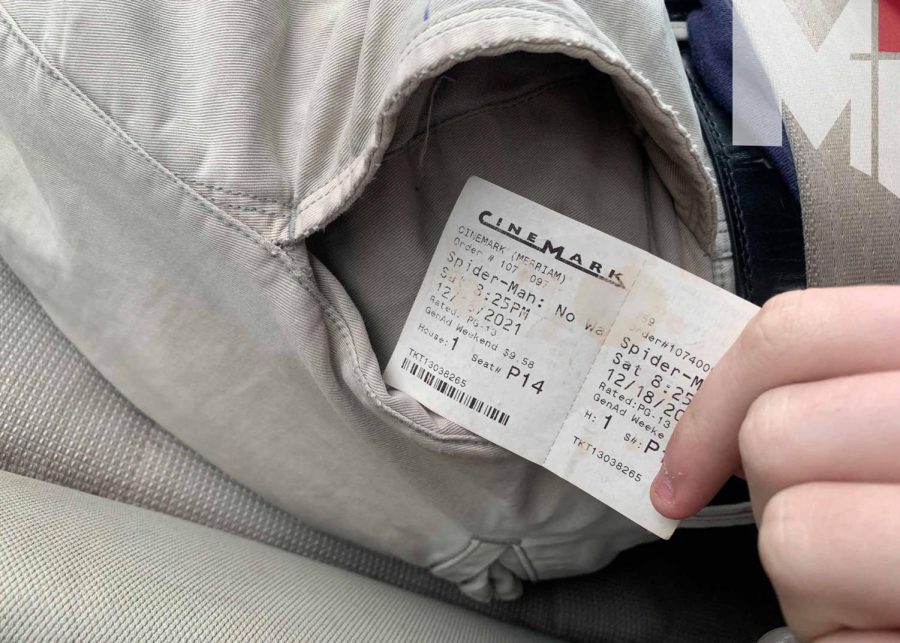 Miege student goes back to the theater after pandemic

For many, the movie theater is a sacred rite in the process of watching a movie. Not just a place to go, but a reality to step into.

Velvet curtains absorb all sound from outside interference. Overpriced popcorn shuffles like styrofoam in cheap paper cups. Voices rise and then rapidly fall as the lights in the theater dim to black. And then finally, the dark room protrudes in one bright rectangle of electric art.

One of those dedicated fans is Miege’s own Bill Creach, who believes that theaters not only make the experience better, but provide the essential elements to fully experience a movie.

“I just think the movie experience and being there with a full audience,” Creach said. “When the crowd’s going crazy and you can’t hear the dialogue because the cheers are so loud. I don’t think anything can ever replicate that.”

But for some, the movie theaters have lost their magic. This year has been rough for the movie industry. COVID not only delayed countless projects until a later release date, it also cut movie theater attendance.

Movie theaters have been on the decline for some years now. Since 2007, the average amount of movies Americans saw in the theater has shrunk from five per year to just 1.4.  In recent years, the growing popularity of streaming services has also bit a chunk out of movie theaters profits. This had prompted much discussion online about the death of theaters among film fans, with many saying theaters are on their way out.

One movie that singled itself out this past year was Spider-Man: No Way Home. With an international release earning almost two billion dollars, No Way Home became the sixth highest grossing movie of all time and an instant hit for movie fans.

“I saw it three times in three days,”  junior Robert Allmon said. “I grew up on Spider-Man.”

This sentiment was shared by many Marvel fans this year.

“We got really busy for ‘Spider-Man,'” junior Julien Copeland, an employee at Cinemark 20 and XD theater, said.  “It took like five hours for them to put me on break because they just could not get me off the register.”