Sewing up a storm: Freshman finds time for her hobby during quarantine 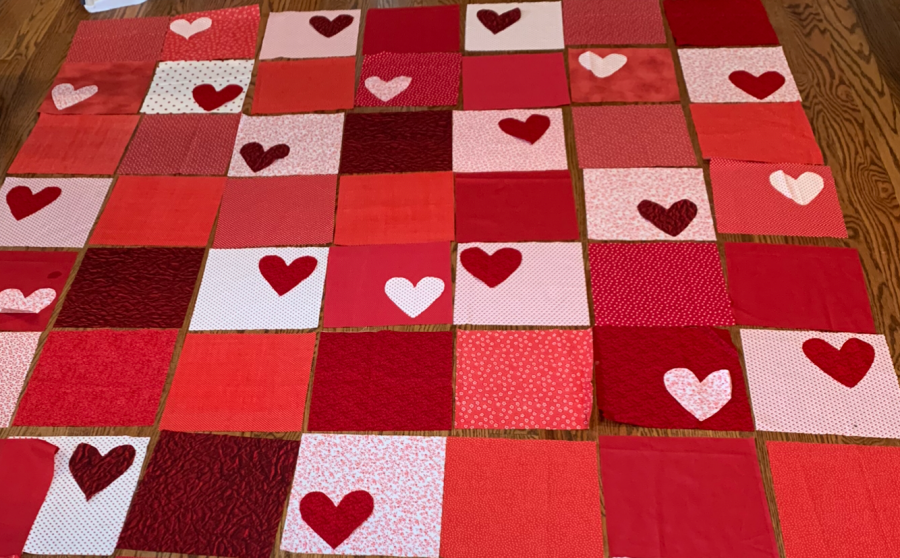 Freshman Stella Cahalan is using her time at home to sew more.

Sewing might be perceived as a “grandma hobby,” but for freshman Stella Cahalan, it is a way to stay productive and make thoughtful gifts for family members and friends.

“Rarely do I have a day where I can sit down at my sewing machine, start and finish a project due to my busy schedule,” Cahalan said. “Lately, I’ve had too much time.”

Being isolated in her home due to COVID-19 has opened Cahalan’s eyes about how much free time one can have in a day. Having a hobby such as sewing has helped her stay productive when boredom kicks in.

“I’m pretty sure being stuck in our houses in quarantine for many weeks with our families has caught the world in shock,” Cahalan said. “I think people with hobbies in a time like this are extremely grateful.”

The hum of a sewing machine can go on for hours on end. Although society makes it seem like sewing is for grandmas, it can be for people of all ages and has been that way since 1846.

“Last week, I made close to 40 hair scrunchies and sent them to all my close friends with handwritten notes attached,” Cahalan said. “I am also finishing up the final touches to a red quilt with hearts all over it.”

Sewing machines have been around since 1846. People started using needles to sew by hand years before that. In society today, very few people still use needles to sew clothes and blankets due to efficiency.

“When you receive a handmade gift at Christmas or for your birthday, it feels like you won the lottery,” Cahalan said. “You can genuinely tell that someone put a lot of hard work and effort into it just for you.”

“I was overjoyed on Christmas morning when I woke up to a sewing machine,” Cahalan said. “It’s definitely not what I was expecting, but I’ve learned so much as I’ve gained experience over the years.”

Cahalan advised people interested in sewing to get their hands on a machine to see what they can do. What has helped and inspired her the most, Cahalan said, is the thousands of ideas, patterns and other resources on the internet.

“Sewing has brought out a different side of creativity in me, and I am very thankful to have gained experience at a young age,” Cahalan said.