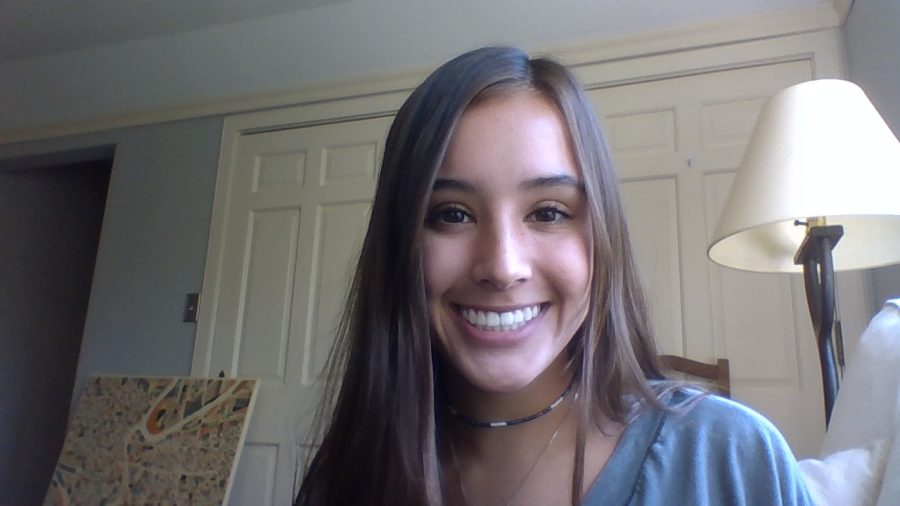 The sound of laughter and screaming that enters sophomore Hillary Daniel’s house each day tells her that her niece and nephew have just arrived at her house. Their running footsteps fill the house as they run around in search of Daniel.

They split up and begin their search. Once they have found Daniel, they run to her and give her hugs and kisses.

Every day or every other day, Max and Millie, Daniel’s niece and nephew, come over to play. It has become a daily routine for Daniel, as she wakes up each morning to do school then later plays with Max and Millie.

Daniel’s routine with them consists of going upstairs to play, proceeding to go outside afterwards, then last, getting some snacks and watching a movie. Although this is a daily routine, Daniel said it never gets old.

She went upstairs with them and they got out all their toys. Millie grabbed her pink, fluffy bunny. Max grabbed his colorful Lego set and sat down on the floor with the countless Legos.

After they grow tired of their upstairs playroom, they make their way downstairs to the backyard. Not only do they have more space to run around, but they also have an abundance of chalk and bubbles. These two things lasted them a few hours and wore them out.

Sophia means “Sofia The First,” which is Max and Millie’s favorite show to watch. They wake up and watch it, eat lunch and watch it and fall asleep watching Sofia.

“I will never get tired of watching them and will always remember moments like these to cherish forever,” Daniel said. “I get to see them continue to grow not only physically, but also mature into a man and a woman,” Daniel said.

Daniel’s sister came to grab the kids and took them home after a long day of playing and running. Daniel watched the kids walk out the door with a tired look on their faces. Daniel knew she had done the job and was ready to do it over again the next day.