Trapper Keeper – should it be on your game shelf? 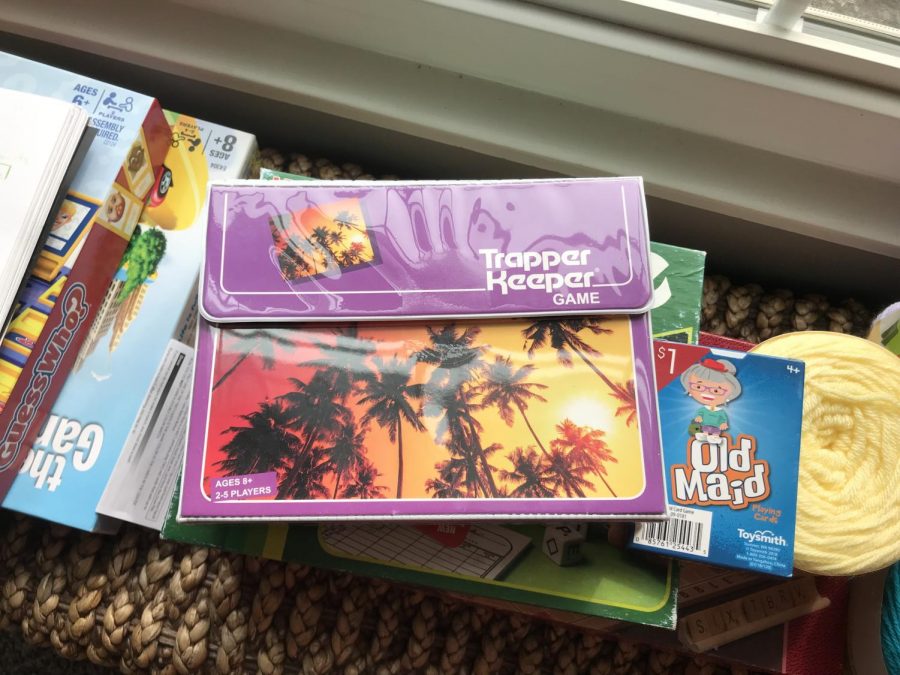 Nowadays, people store their homework and assignments in folders an binders, but it used to be all about Trapper Keepers back in the day. Trapper Keepers were, oftentimes colorful, a binder like folders.

This game often brings back things that make you think of the 80s and 90s. Within the Trapper Keeper, there are items like a basic mead folder, which really takes me back to kindergarten.

Although, the look of the game doesn’t matter as much as the playtime. To play, first, you have to remove the locker and the clock cards. From there, you just set it up as told in the directions and then you add up points at the end. You can earn points from the locker cards you collect throughout the game.

Personally, I really enjoyed the scoring system. It made the game more about strategy because you never know what your opponent has. People who hate strategy games would probably not agree but for people like me, this game is one of the best strategy games to play, ever.

So far, I have only played this game with my family for a couple of our game nights. I’m defending champion of family night strategy games, so I was excited to try the game. Once we started playing, it was hard to stop. We spent about 40 minutes just playing round after round.

One notable thing that would happen is my mom would often mention the game giving her nostalgia. As an 80s baby, trapper keepers and caboodles were a big thing while growing up for her.

Trapper Keeper feels almost straight out of the 80s. Every time you play, you can just imagine yourself being a third-grader using your name brand folder and collecting notes from friends.

Another game it reminds me of is Sushi Go! which is another strategy game my family has bought over quarantine. I know, I know, we do play a lot of strategy games.

Sushi Go! is a somewhat similar strategy game, but the scoring system is based on multiplication and addition problems. Just like Trapper Keeper, it requires a good amount of focus and thought to what you do.