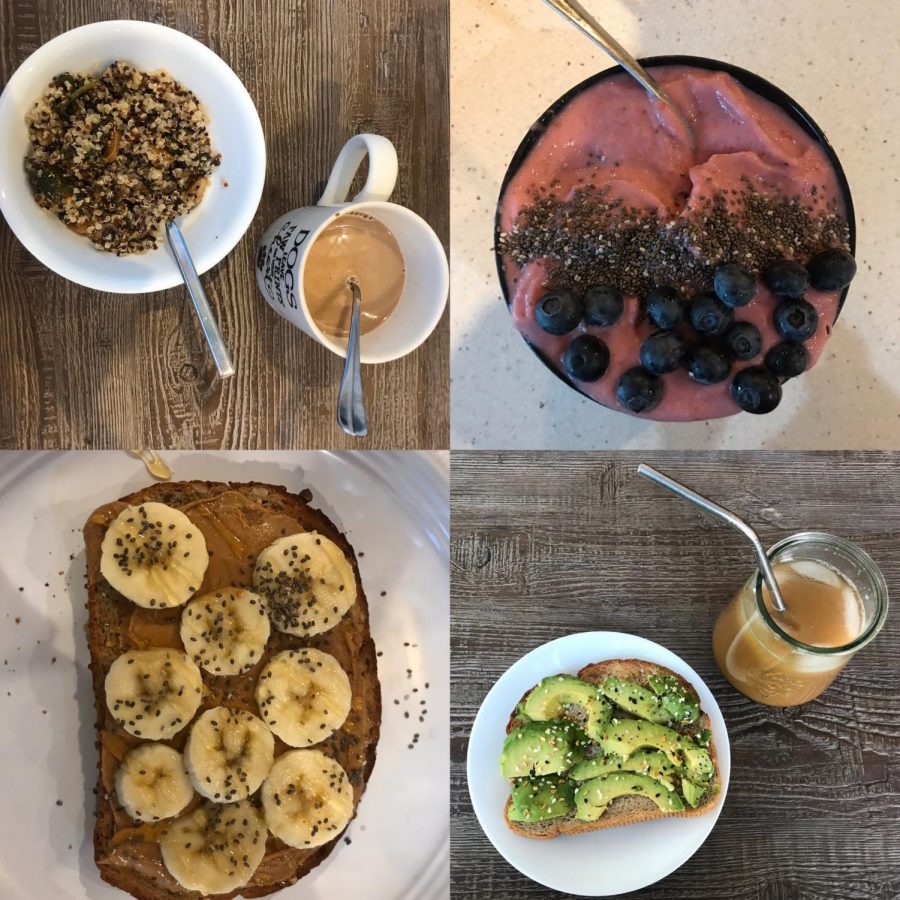 Trying to limit snacks in quarantine is quite a struggle, but for freshmen Ana Gajewski, her plant-based diet keeps her making good decisions in the kitchen all day long.

“Usually, I associate diets with weight loss, but for me, it’s not about weight loss, it’s about having a healthier body and a strong mindset about it,” Gajewski said.

According to Vegan and Plant-Based Diet Statistics, more people have been making an effort to consume foods that are from plant sources. A plant-based lifestyle is not considered vegan or vegetarian, but still includes similar foods such as fruits, vegetables, nuts, seeds, oils, whole grains, legumes, and beans.

“I watched the documentary ‘Game Changers’ with my dad,” Gajewski said. “He suggested I try out a plant-based lifestyle and see if I see an impact in my athletic abilities in soccer and cheer.”

Gajewski started her plant-based lifestyle at the beginning of 2020 and said she has been thriving ever since. She’s seen a difference in her life and her body since she started.

Reactions she got from fellow classmates at Bishop Miege in January were not what she originally expected.

“Some supported me and some wanted me to fail,” Gajewski said. “People were confused and argumentative about the idea.”

The opinions others shared with her did not affect her work ethic in trying out this new lifestyle. Gajewski admits it was an easy mindset transition starting to a plant-based lifestyle – the hard part was transitioning her body.

“It took a lot of time for my body to adjust especially because of the way I did it,” Gajewski said. “I did it so suddenly, I didn’t do it very gradually.”

This experience has opened Gajewski’s mind about how making adjustments and substitutions in the kitchen can be as hard as you make it.

“If you did want some sort of meat, there are a lot of good plant-based types,” Gajewski said. “You aren’t missing out on much because there are a lot of different ways that you can eat what you want – just the healthier version.”

Gajewski has recognized the foods she really enjoys over the past four months and she continues to try new things and expand her horizons in the kitchen. Some of her go-to foods are vegan granola bars, fruit smoothies and acai bowls.

“I love to bring apples and peanut butter with a few dark chocolate chips to lunch,” Gajewski said.

Gajewski expressed very little complaints about her decision to go plant-based and continues to have little regret.

“I miss having a wider variety at restaurants,” Gajewski said.

As for this season of quarantine, Gajewski has seen little to no difference in her ability to eat the foods she wants and stay accountable for eating the right foods while at home.

“My family has been very fortunate to not really be affected by this,” Gajewski said.

She recalled seeing a news article about shortages of meat in stores, which does not apply to her at all. People are advertising vegetarian and vegan lifestyles because of this.

These unprecedented times can cause many emotions, especially with the pros and cons of transitioning into online school — like getting used to waking up 5 minutes before classes start yet not having the privilege to socialize with friends at lunch.

“It’s definitely easier at home, not packing lunch every day,” Gajewski said. “I don’t have to deal with packing my own food for team dinners or getting up early to pack my lunch or doing it later at night. Instead, I have all the food already in my house.”

Gajewski said she is a firm believer that a plant-based lifestyle can improve not only your physical health but your mental health as well. Because of this, she plans to stick to her plant-based plan long term.

“What you put into your body is what you get out of it,” Gajewski said, “I always say, ‘food is medicine.’”

With all the fad diets out in society today, Gajewski said research is the key if people want to find a lifestyle that benefits them physically and emotionally.

“You’ll feel better when you treat your body better and you nourish yourself with better foods,” Gajewski said.