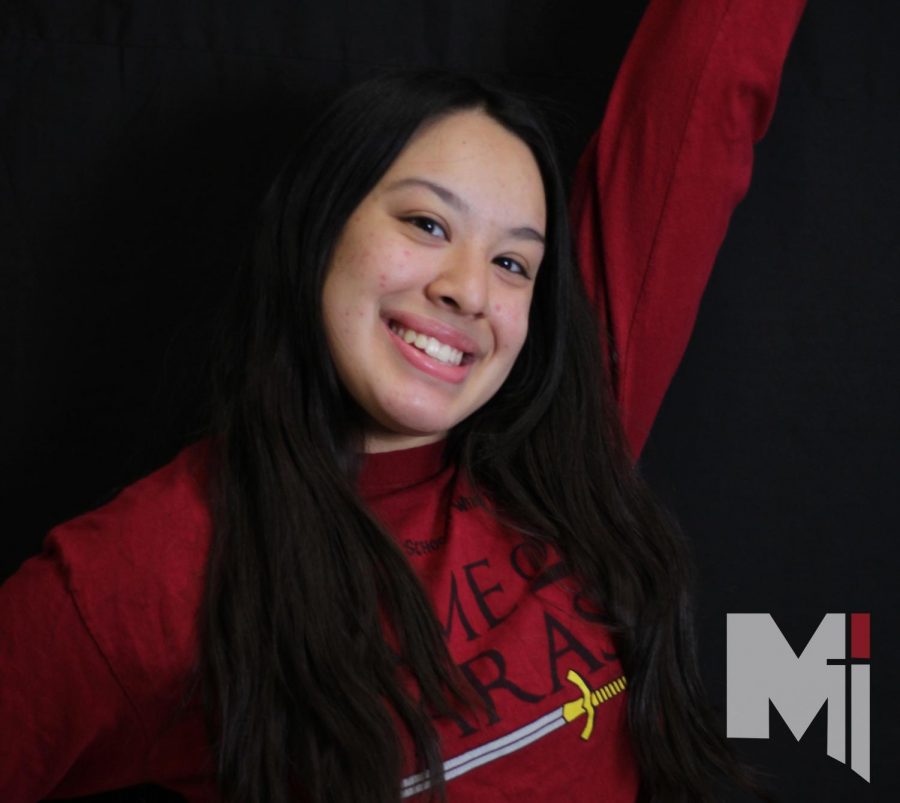 Musical theatre has been nothing less than transformative in senior Yasmin Armendariz’s life. Growing up, Armendariz struggled with feeling different from other girls and trying to find out who she is.
Once she began to perform, she discovered her passion and place in musical theatre. Armendariz said that ever since being in her first show, musical theatre has been her thing.
“I loved singing, loved acting, loved dancing,” Armendariz said. “It [is] a way to get my energy out, and it also has helped me find who I actually am as a person and not just who everyone else wants me to be.”
Freshman year, Armendariz was in Bishop Miege’s production of “Annie,” in which she had a solo and few lines. She said that as a freshman, she was very happy with that role and found herself in a positive and welcoming community. According to Armendariz, Miege’s drama department has supported her passion for acting and performing.
“[I love] the adrenaline of going onstage for the first opening night and just really being able to be someone else for an hour or two,” Armendariz said. “Just being able to play a different character in life to see different people’s stories or play them out.”
Fortunately, even during the pandemic, Miege was able to put on a virtual musical, “Emma: A Pop Musical.” As a senior, Armendariz said it meant a lot to her to be able to put on a performance despite the circumstances.
“To me it’s like a runaway, it’s a way to get away from the problems and have fun doing what you’re doing,” Armendariz said.
The pandemic has also played a large part in Armendariz’s plans for her future. As a back-up plan, she wants to major in business/marketing, specifically for the cosmetology company she has started. She is thinking about going to JCCC or KCCC for either major. The thing she knows for sure is that she wants to keep musical theatre in her life, in any way possible.
“I hope I do a lot of singing, if not, I hope I do a lot of acting, even if it’s just at Starlight theatre, even if it’s not Broadway or it’s not being the next Selena Gomez,” Armendariz said. “I just hope that I still have the passion to sing and have the passion to perform.”