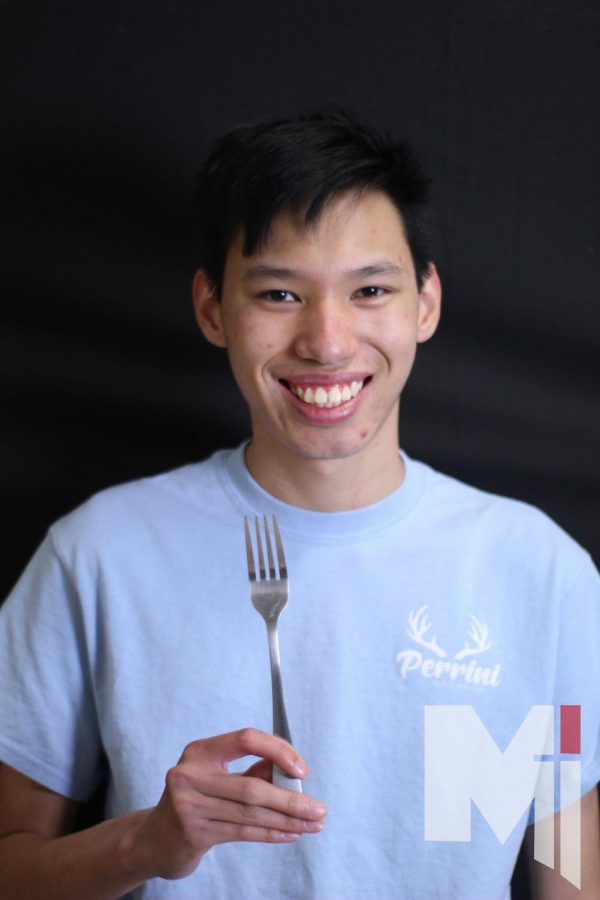 For senior Aidan Sands, the culinary arts have been a long time interest. It started at a young age with an appreciation for food and the culinary arts, which remained constant throughout Sands’ childhood.
“Since I was younger, I’ve just been surrounded by food my whole life,” Sands said. “I’ve just always liked eating, like a lot of people do.”
Family played a significant role in Sands’ taste for the culinary arts. Not only did Sands’ family provide support, they have impacted Sands’ diverse palate.
“My mom has a lot of Italian influence, so that’s why spaghetti is my favorite food,” Sands said. “My favorite thing to make is also a pasta recipe that has garlic, shrimp and bacon.”
Sands’ appreciation for culinary skill continued into high school, and led him to take every foods class at Miege. However, for Sands, it doesn’t end there.
“I plan to go to Johnson County Community College,” Sands said. “I think I have a good chance over there, especially since my dad is the photography professor.”
Sands’ interest in the culinary arts will continue into college, proving that this long-time pastime still hasn’t gotten old.
“I love how there’s science or experimentation with food,” Sands said. “You can make one thing into something bigger than what it was.”
Pursuing the culinary arts is not without its challenges, as Sands is well aware, but even so, he plans to tackle them head-on.
“There’s a lot of critiquing,” he said. “You’ll be getting judged a lot for doing something wrong or doing something right. When you make something you think is good and people say otherwise, you just have to learn from that and keep going.”