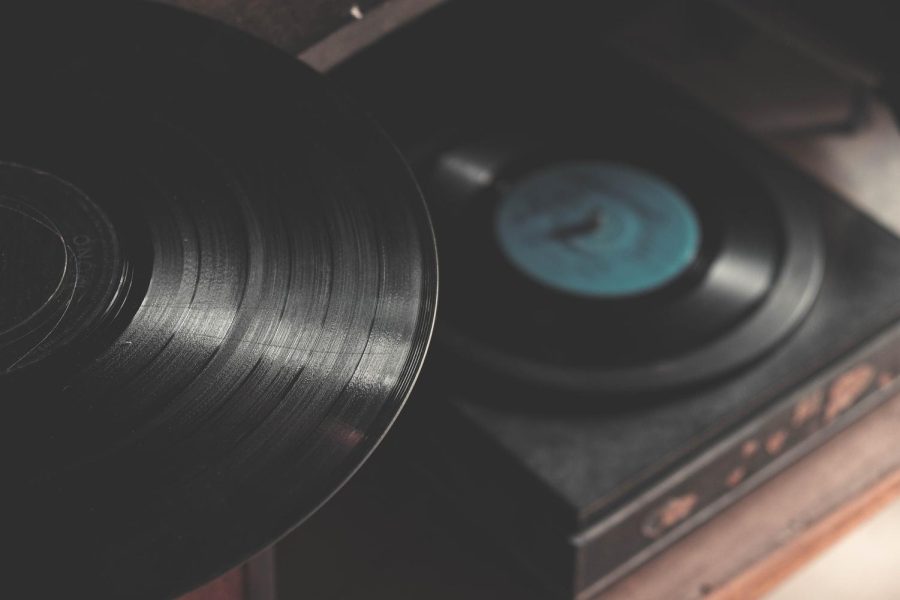 “Talking Book” is more than just a landmark soul release, but an advancement of pop music in general that broke the levee for a new generation of Motown music. It is music of love, joy and fun. Wonder shows his talents in the most meticulous form, shaping music that fluctuates sweet and saturated emotions in the listener. It is because of these wholesome arrangements, and the production of prodigal funk, that make this album incredible. After a solitary listen on my record player, I was sure I had adequately imbibed every wave of the album, and was ready to analyze the music in written form. It is hard to believe the record is turning 50. It is manufactured from the fountain of youth, consistently illustrating the timeless passion of birthing love, all while being produced in a previously unheard amalgam of contrasting genres. I will describe in detail the musical genius that is presented in this album through six songs that I feel are particular highlights, tunes that depict the vision that lie in “Talking Book.”

The first track, “You Are The Sunshine Of My Life,” opens up with a keyboard arrangement that, complimented by a satiating beat of congas, leaps off the record in abundant joy. The youthful warmth of the song immediately possesses the listener, leading them down to a cool sonic spring, a cadence of optimistic euphony. The keyboard part is conducted to be ravishing, eliciting an impalpable nourishment of enchantment.

The lyrics preach love, specifically that of one blossoming like May flowers. They describe incendiary adoration, how the feeling is purveyed, a bubbly sensation of overwhelming radiant jubilance, seemingly lifting the listener into place. The song continues to swing in its endearment, a classical waltz of prodigal Detroit dreams and sweet young love, every last word being sung with clear and precise desire. The tune is three minutes long, but, to me, it feels like less than two. It is the track that got me into Wonder, and one that I have admittedly been known to cite as my favorite song many times before. It consistently finds its way to me as a force of pop that never ages in its special auditory glow.

The third song, “You And I (We Can Conquer The World),” begins its four-and-a-half minute duration with a poignant use of melancholic piano along with an encompassing synthesizer part that flows sinuously in perfect harmony, creating a sentimental cosmic sonata. Wonder’s vocals emerge pure and imminent, recorded with a sound that echoes hollow, easily capturing the ear of the listener. As it builds tension in its unhurried and profound crescendo, the lyrics dramatically declare a love indomitable, playing heavily on the recurring theme that is the pleasant depth of human relationship. The track proceeds in its solar glory, building up to a theatrical peak where Wonder ecstatically belts out sentiments of fiery devotion, providing an adequate conclusion to the ballad.

The fifth track, “You’ve Got It Bad Girl,” starts with a confounding use of heavy keyboard instrumentation and unconventional percussion. Despite this, the feeling remains that the song was composed in perfect harmony, with no one sound being out of place. The exotic instruments join glossily with a powerful synthetic bass, creating an aggregate of jazzy pop that evolves into a personality of its own. Wonder’s voice is at its peak in this track, smooth, almost artificial, yet veritable in its perfectly envisioned contrast with the instrumentation. The song continues with perplexing background vocals, complemented by the use of woodwinds that pierce smoothly into the ambiance, manufacturing an idiosyncratic samba of soul. The track flows like nature, functioning in a mysterious yet necessary process that conveys beauty. It ends like this, with the same seductive eccentricism maintained throughout the duration of the song.

The sixth and most well known tune, “Superstition,” kicks off with a fairly simple yet easily recognizable pattern of drum work, quickly followed by the introduction of a profusely funky riff that immediately burrows its way into the listeners brain. Stevie sings with vigor, carrying on an impassioned inflection throughout the duration of the funk number. The song reaches exciting peaks with the use of saxophone and trumpet that dazzle in proud solidarity among the dramatic flare of pop glamor. By the time the track is over, it is not hard to see why it is the most popular song off the album. It is a tune of simple pop, composed with an uplifting dose of vehement musical fervor, pushing the track into the pantheon of popular music.

The ninth song, “Lookin’ For Another Pure Love,” greets the listener with an instantly mesmerizing use of keyboard, weeping from the record into an ever flowing musical stream, that, with the accompaniment of Wonder’s captivating vocals and a heavy bass that grooves in luscious rhythm, entices the listener to close their eyes and float downstream into a blues-funk paradise. Nearing the halfway point of the track, legendary British blues guitarist Jeff Beck makes a notable appearance with a riff that glides into the course of the song perfectly, with every blues note wailing in a desiring and hopeful state of discontent. Gospel-like background vocals circulate in stoic yet earnest harmony with the slowly oscillating groove of the music. The track concludes in a series of repetitions of the chorus, without ever losing the cadence that grasped the listener into sugar coated hypnosis.

The tenth and final track, “I Believe (When I Fall In Love It Will Be Forever),” is initiated with another powerful arrangement of different instruments, emphatically calling the listener to focus with synthesizer-saturated noise that roars like a spaceship. This introduction bears some resemblance to the third track with its radiance of cosmic zeal, a sound consistently perfected by Wonder. The track effectively “blasts off” into chorus with a satisfying proclamation of hope that suitably captures the immense significance of Wonder’s vision – love within the art of music. The song continues in this simple yet heartwarming theme, expanding in intricacies of bountiful production skill that has by this point become nothing short of expectation. It is a proper conclusion to an album of spirit and love, showing the higher power of music in a context of helpless adoration.

“Talking Book” is an album that left no doubt to the world that it was worth a listen. It is a powerhouse of ardent pop that is guaranteed to induce the most genuine and vicarious emotions of love, heartbreak and pride. It is produced in sleak detail, elegantly swaying in punctilious rhythm like a cool and lush lagoon. It presents itself as something undeniable, supernatural. Stevie Wonder may not have been blessed with the sense of sight, but in its most grand form, he possesses vision.